The IIITDM team that developed the machine consisted of Assistant Professors Dr. P. Kalpana and Dr AVS Sivaprasad, students Manonmani, Mohammed Yusuf and 12 others have come out with an integrated machine that can process the banana stem 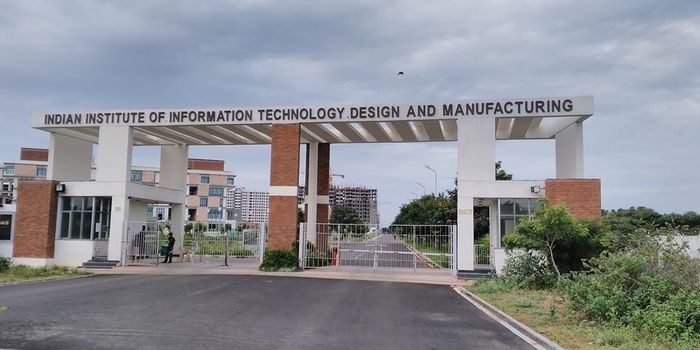 three-way industry-institute-Tamil Nadu government organisation-collaborative effort to increase the value-added products from the banana plantation is expected to make the banana farmers in the country go bananas.

The faculty and the students of the Kancheepuram-based Indian Institute of Information Technology, Design and Manufacturing (IIITDM) have come out with an integrated machine that can process the banana trunk or pseudo-stem to make fiber yarn, sap water and other products.

Curiously the initiative is not spearheaded by any agriculture scientist or technocrat but by M Annadurai, a former space scientist who headed India's first Moon and Mars space mission.

"Banana crops can become like sugarcane in terms of byproducts-fibre yarn for textiles, sap for nutraceuticals and fertilizer, balance waste for acoustic panels and bio-fertiliser," Annadurai told IANS.

Presently, the banana growers are having disposal problems with the pseudo-stem and incurring heavy expenditure on the disposal without getting any income.

"One of the stumbling blocks to utilise the full potential of the banana plantation is the absence of an automatic plant to process the trunk. There are small manually operated machines that extract banana fibre to make products like textiles and other handicrafts," Annadurai said.

To solve the problem, the faculty and students of IIITDM have designed and built an integrated machine that can peel, press and extract banana fibre from the pseudo-stem. In the process the machine also separates the core stem that can be processed as ingredients for making biscuits, ice cream and others.

The IIITDM team that developed the machine consisted of Assistant Professors Dr. P. Kalpana and Dr AVS Sivaprasad, students Manonmani, Mohammed Yusuf and 12 others and two project engineers were also hired, he said.

"We have also developed technology for banana tree cutting and loading them on to a vehicle at the farm," Raguraman added.

The trunk peels are pressed to extract the excess water or sap. The water-rich in potassium can be used for making nutraceuticals, bio-fertiliser or bio-ethanol. The core stem can be pressed to get the stem juice and the remaining fibre can be dried and powdered to be used in making biscuits and ice cream, he said.

According to him, a manually operated banana fibre extractor can give only 15 kg raw fibre per day but the IIITDM designed machine can give an output of about three ton per day.

The first prototype of the IIITDM built machine was recently tested and the second prototype which will be for industry use is getting ready incorporating minor suggestions, Raguraman said.

"The banana fibre yarn is eco friendly and can replace 70 per cent of the synthetic fibre in the textiles. For one kg of cotton fibre about 60,000 litres of water is spent whereas the water usage in the case of banana fibre is far less," Annadurai said.

According to Annadurai, the Mumbai based Gencrest has developed a process using enzymes to convert raw banana fibre yarn into textile grade yarn. Banana fabric is sustainable green apparel of the future and an alternative solution to synthetic and other resource-intensive fabrics like cotton.

"Our project envisages scaling up the entire process as a national effort," he added.

Annadurai also pointed out Tamil Nadu Chief Minister K. Palaniswami talking about the government's interest in increasing the income of banana farmers by encouraging the production of value-added products.

According to officials, India is the largest banana producer producing about 25 million ton out of about 8.30 lakh hectares under cultivation.

"In Tamil Nadu alone about five lakh ton of banana stems are cut and thrown away as waste," Annadurai said.

The IIITDM developed integrated banana trunk processing machine will be first put to use at the small plant to be set up by Gencrest.

"We are planning to set up a 300 ton per annum (tpa) banana fibre yarn plant in Maharashtra's Jalgaon district. The venture is challenging as what is seen as a viable venture at lab level may not be so commercially at industrial scale," Vinay Gupta Chief Executive Officer, Gencrest told IANS.

Queried about the market potential for the various byproducts Gupta said it has to be studied and seen.

Barring the solar power, all other verticals are in the start-up stage and the group's focus is on sustainability and reducing the carbon footprint.

The group's 25MW solar power project located in Gujarat has been generating power since 2012 onwards.