
write for us Contact
Copyright © 2021 TexCovery. All rights reserved.

The Future of Hemp in Textile Industry

The Future of Hemp in Textile Industry

The entire hemp plant can be used to produce everything from textiles, bioplastics, insulation, and even milk! Naturally, the sneaker world has experimented with hemp fabric uppers over the years.

On a practical level, pure hemp isn’t that exciting – resembling something of a burlap sack or linen bedsheets. It may be durable and breathable, but in its raw form, it’s prone to wrinkles and doesn’t mesh with color as well as other fabrics. So, manufacturers will sometimes weave other materials such as cotton and bamboo into hemp fabric for additional benefits, such as softness and colorfastness.

Other than that, hemp has proven to be particularly sustainable because of its low environmental impact. It grows quickly and uses about half the amount of water to grow compared to cotton. Because of a deep root system, hemp crops stabilize the soil they're grown in, promoting active nutrient exchange. 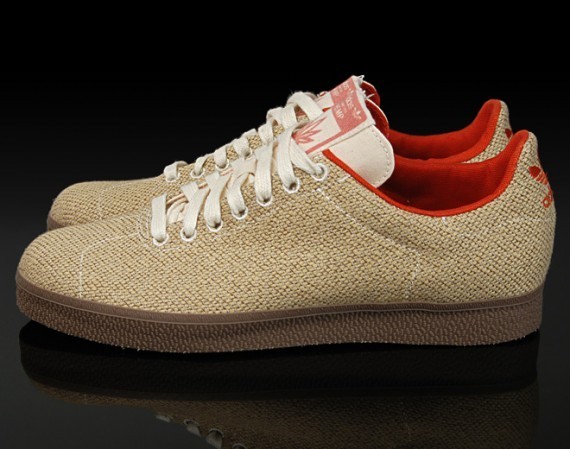 It’s not just weed-themed sneakers that are made from hemp. However, Nike SB have perhaps used it best, creating the Dunk Low Pro SB ‘Hemp Pack’ from 2003. In their own words, it was ‘a tribunal released to coincide with a numerologically celebrated and significant day’ – a date and Dunk they observed again in 2016. The obscure CLOT x ACU x Nike Air Footscape Woven and Dunkesto also made use of the THC-free textile. Most recently, the Stussy x Air Zoom Spiridon Caged 2 featured hemp uppers for the ‘Fossil’ colorway.

Back in the late-2000s, adidas made a serious (if not short-lived) attempt at making sneakers from recycled and alternative materials. Known as the Grün series, it was their version of Nike’s Considered line. The usual suspects like reground rubber, cotton, and jute were present in Grün sneakers, but there was a Gazelle OP (One Piece) with uppers made entirely from hemp. The tongues notoriously displayed the ‘sweet leaf’ instead of the Trefoil! On that note, adi also gave Snoop Dogg a hemp-uppered Seeley collaboration – though it’s not clear why… cough cough.

Converse and PUMA have redone their classics like the Chuck Taylor and Basket in hemp. That said, the challenge moving forward lies in making hemp a legitimate material for sneakers, and not just a novelty fabric.

The Future of Hemp

The legality of hemp remains a controversial topic, despite the fact it’s been used for over 50,000 years. Objectively, there are a lot of pros to using hemp as a textile. However, a lot of political red tape from conservative governments, the textile industry (let’s call them Big Cotton and Big Synthetics), and misinformed consumers mean it may not see mainstream prominence for a while. Check out the above video from Patagonia that provides a concise explanation on hemp in the US.

The entire world is progressing towards wider legal acceptance of cannabis, no doubt bolstered by decriminalizing recreational use, as well as increasing ventures into Cannabidiol (CBD) products. Alas, some nations are waking up quicker than others.

In 2018, the US finally redefined hemp as an agricultural product rather than a controlled substance. This means it’s legal to grow hemp, for the most part. It only took a century, give or take a few years.

Elsewhere, China is responsible for around 70 percent of the world’s hemp production, followed by France shouldering approximately 25 percent. With the shift in attitudes and understanding of hemp products globally, perhaps these figures will increase across other countries, too.

More hemp sneakers in the future? We're not going to argue against that.