
write for us Contact
Copyright © 2021 TexCovery. All rights reserved.

Researchers In The United Kingdom And Bangladesh Are Working To Revive The Dhaka Muslin Fabric

Dhaka muslin was so light it was known as woven air, so thin that those who wore it were sometimes accused of indecency and so complicated to produce that the knowledge of how to make it has since been lost. Now, however, researchers in the United Kingdom and Bangladesh are working to revive the enigmatic fabric. 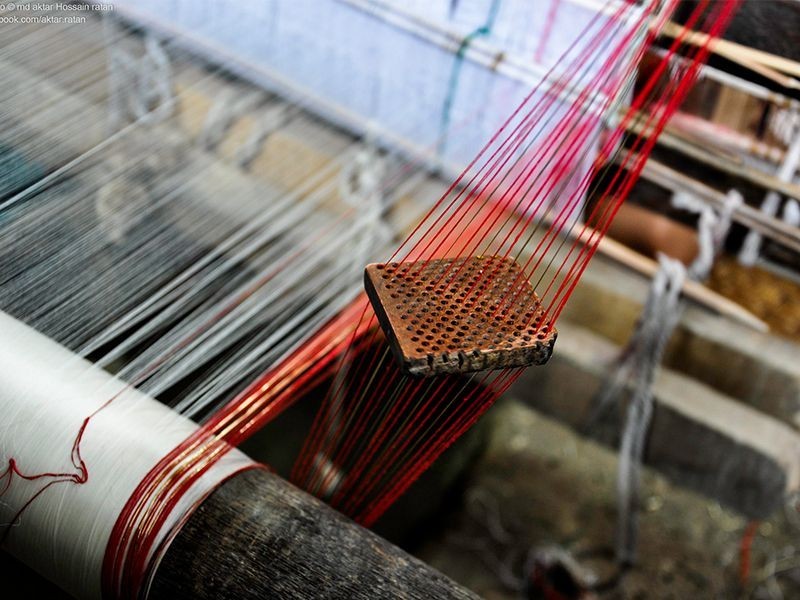 As Zaria Gorvett reports for BBC Future, Bengal Muslin, a project launched by photography agency Drik PL in 2014, is collaborating with artisans and plant experts to replicate the feats of weaving achieved hundreds of years ago.

“I talked to many researchers and craftsmen, and realized that there hasn’t been much research done on this famed piece of fabric,” Saiful Islam, head of Bengal Muslin and former CEO of Drik, tells Rafi Hossain of Bangladeshi newspaper Daily Star. “This isn’t just a fabric for us, it is our culture and history, and the knowledge about it is at the risk of becoming obsolete.”

Per BBC Future, people in South Asia produced fine muslin for thousands of years. Muslin from India is mentioned in a roughly 2,000-year-old Egyptian text; centuries later, the fabric proved enormously popular in the Mughal Empire, spreading to Persia, Turkey and elsewhere by the 1700s.

Muslin became hugely popular with European elites, including Marie Antoinette and Jane Austen, during the Age of Enlightenment and era of British colonial rule of the Indian subcontinent (1858–1947). But the forces that helped make muslin so popular in Europe also precipitated its downfall, notes Global Voices.

“The trade was built up and destroyed by the British East India Company,” design historian Sonia Ashmore, author of the book Muslin, tells BBC Future. “They really put a stranglehold on its production and came to control the whole trade.”

As the company pushed craftspeople to sell their products for less money, weavers fell into debt and struggled to keep their businesses going. Meanwhile, British competitors offering lower-quality versions of the fabric squeezed them even more. Eventually, the industry collapsed, and its techniques were forgotten.

In recent years, Bangladeshis have been working to raise the profile of the country’s muslin craftsmanship, as Khademul Islam reported for AramcoWorld in 2016. That winter, boosters of the artisanal tradition hosted a festival and exhibition in Dhaka—now Bangladesh’s capital—that included a fashion show and displays documenting the complex traditional process of producing the fabric. Organizers also published a book titled Muslin. Our Story.

Today, most muslin fabrics have thread counts—representing the number of crisscrossed threads per square inch—between 40 and 80, according to BBC Future. Thread counts for Dhaka muslin, meanwhile, ranged from 800 to 1200—a particularly impressive achievement given the complex designs woven into the fabric. To achieve this high level of quality, craftspeople in villages around Dhaka followed a laborious, 16-step process.

The secrets of the fabric start with the cotton plant that supplied the fibers: Phuti karpas. No known seeds of the species survive today, but the researchers managed to find a booklet of its dried leaves at the Royal Botanic Gardens, Kew. After sequencing DNA from the leaves, they eventually found a shrub in Bangladesh that came close to a match. The team then grew the plant and worked with artisan Al Amin, now the project’s master weaver, to recreate the tools and conditions used in the past.

Though Bengal Muslin has not yet been able to grow enough of the unique cotton to make a full garment, it’s combined the fibers with other cotton material to make a hybrid thread. Amin and their colleagues have now made several saris from the hybrid muslin, some of which have sold for thousands of pounds.

Another initiative headed by Rajshahi University botanist Md Monzur Hossain is also working on developing Dhaka muslin, reports Abul Kalam Muhammad Azad for Dhaka-based newspaper the Daily Prothom Alo. That group has been conducting its own research on cotton plants and weaving techniques and has so far produced six saris.

“We have been successful in bringing back muslin,” Bangladesh’s Textiles and Jute Minister Golam Dastagir Gazi, who is involved in Hossain’s project, tells the Business Standard’s Bulbul Habib. “After presenting the cloth to Prime Minister Sheikh Hasina, we will go for commercial production.”